On the PS Vita: What you can buy from the e-shop is determined by your account region. As far as I’ve heard, they don’t do anything to stop you from signing up for accounts in other regions. You can have multiple accounts, but you need to factory reset the Vita to switch between them, and keep a separate memory card for each account if you don’t want to lose all your save data. Physical game cards are not region-locked and can be played on any account, but the save data is locked to the account you started it on. And the gotcha I didn’t know about: games which come on physical game cards sometimes receive patches, but apparently a Japanese game on a UK account doesn’t receive them. I played Digimon Story Cyber Sleuth in Japanese on a UK account, and found out after completing the game that “New Game +” was missing…

Also on the Vita: Japanese games have the main two buttons the same way around as Nintendo, while Western games swap them. I’ve mostly been a Nintendo player, so the Japanese layout comes more naturally. I first played Cyber Sleuth in English with the Western button layout, felt it was a bit strange but got used to it. Months later, I started the game in Japanese with the Japanese button layout, and didn’t actually notice it had changed. Then when I opened up the English version again, I couldn’t use it. There is an option deep in the system settings to remap the buttons, but it swaps them for all games, so I’d need to go back in there and change it each time.

Now I’m considering getting a Switch Lite. Sounds like they also don’t stop you picking a different e-shop region; at least on the original Switch, you can use multiple accounts without losing your stuff; and alternatively you can also change the region on an existing account. Have people here done this and do you have any recommendations? Is there anything else I should know about?

Personally I just use all JPN accounts. The biggest disadvantage is that most games are more expensive in JPN and I have to buy gift cards.

I might want some games from outside Japan too. Are you saying that many games are available across regions but are more expensive in Japan?

On another topic, the Nintendo DS and DS Lite are region free, but the games carry this notice. Does anyone know why they did that? And does it have any teeth legally, e.g. is there any chance of the game getting confiscated at customs?

Yes, my US credit cards don’t work on both the Sony and Nintendo JPN store.

Are you saying that many games are available across regions but are more expensive in Japan?

Not all. But given the gift card conversion rate and games generally are priced higher in the JPN store, for the same game that is available in both regions, I end up paying more buying from JPN store. Since my focus has been Japanese, I don’t play any games that don’t have Japanese language as an option.

On another topic, the Nintendo DS and DS Lite are region free, but the games carry this notice. Does anyone know why they did that? And does it have any teeth legally, e.g. is there any chance of the game getting confiscated at customs?

I believe mostly because of the different pricing between regions. If you could switch between regions, especially games that has multi-language (this is the case with the switch), people would hop between regions and choose from the cheapest alternative. I had in the past bought many hard copies of games and ship out of Japan from Amazon.jp, there was no problem. I doubt customs actually care about this, there is no conflict of interest.

I believe mostly because of the different pricing between regions. If you could switch between regions, especially games that has multi-language (this is the case with the switch), people would hop between regions and choose from the cheapest alternative.

I was only talking about DS games in that section. They tend to put several European languages into one product for the European release, but Japanese is always a separate product. I don’t see how there could be any competition between the Japanese-only version and the versions sold elsewhere which don’t include Japanese.

For a lot of games, it’s just changing the system language. I bought Breath of the Wild shipped from Japan but later, I realize it’s the same game regardless, I could had just change the language. As far as I know, most switch games work like this.

I just looked up that Breath of the Wild was released simultaneously worldwide. And other recent Zelda games were released with the different regions close together, so must have been ready at the same time. In the old days, the Japanese version was usually first by a large margin, except apparently Ocarina of Time had a near-simultaneous release.

Sony systems use ○ and × for in the typical Japanese ‘yes/no’ or ‘correct/incorrect’ symbolism. This was switched in international releases for… some reason. Probably the positioning of the buttons along with the lack of meaning in the symbols.

The Vita has a surprisingly large modding community. Depending on your system firmware, you may be able to rectify your region-lock problems.

DS software wasn’t region-locked, but DSi software was. That warning is probably just a legal notice for licensing though. Legally, it would only be legally applicable if you were importing the cartridges for commercial purposes.

The Switch is 100% region-free. The shop is region specific, though, based on where your account is registered. I’m not sure if the contents differ much, but it won’t display in Japanese if you have a US Nintendo account, for instance.
A lot of games (all Nintendo games, I think) come with all languages available. As @nebbie says, just change your system language to Japanese. Third-party software is hit or miss though. For example, Valkyria Chronicles 4 does NOT come with all languages in the North American release (I imagine it’s the same for PAL). A bit of searching will usually tell you, as the box can be iffy. For example, my copy of Smash Ultimate lists Spanish and French, but that’s it.

When in doubt, you can import the Japanese cartridge and it’ll work just fine.

They used to allow them for the 3DS (not sure about WiiU or other consoles), but not for the Switch.

It’s worth checking out Nintendo’s official site and checking the page for any game you’re interested in. They will have a Details section which lists the languages the game supports.

I suppose a thing to keep in mind is that it doesn’t specify if that means text and audio or just text, since it doesn’t have separate listings like other storefronts do. It also seems that there can be different languages for the physical game card and the download version. I went to check Xenoblade Chronicles as an example, and it lists Japanese, Chinese, and Korean for the download but not for the game card. 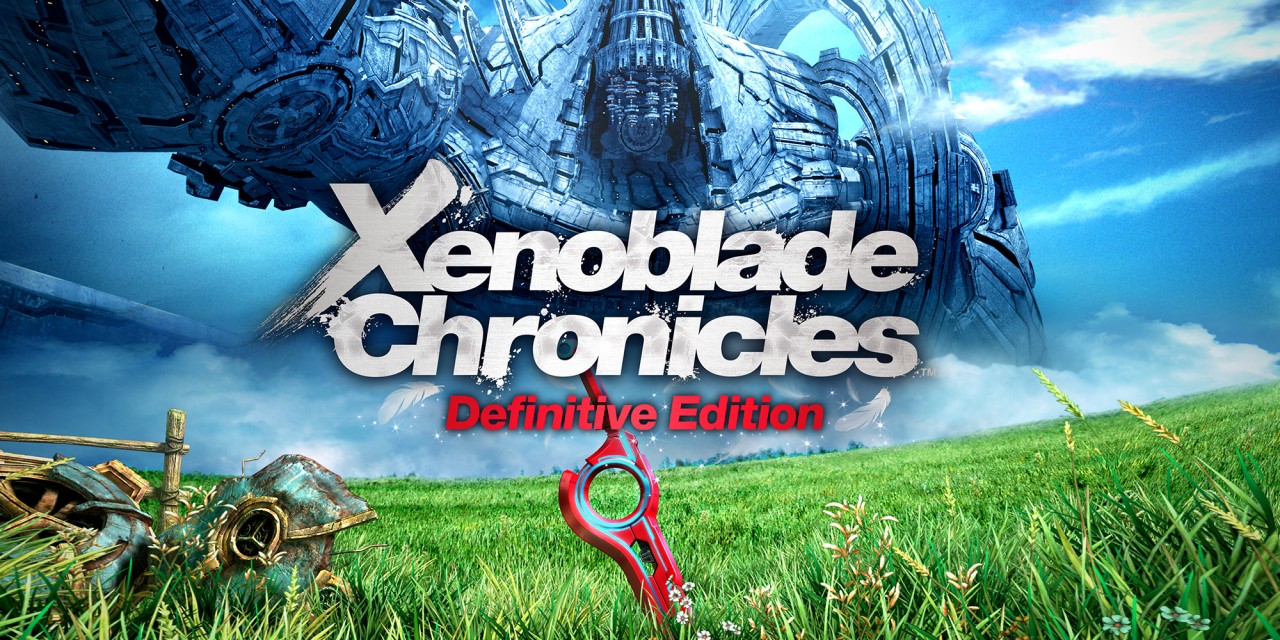 Uncover the secrets of the Monado and save the world.

Xenoblade Chronicles: Definitive Edition is the ultimate version of a sprawling RPG classic on Nintendo Switch.

I’ve seen the same for Breath of the Wild, and Link’s Awakening doesn’t list any languages for the game card so it’d not complete. From a quick look, it seems like download versions are more likely to have Japanese language support than game cards if you’re buying from the UK store.

Wow, indeed, “Breath of the Wild” lists Japanese for the download version but not for the game card. I wonder what’s going on here. As you say, it also doesn’t specify if it means text or audio.

I bought a Switch Lite. The only game I bought so far is Splatoon 2 on a game card, which doesn’t have Japanese, but I’m not bothered about that one (and at least in that case I didn’t miss out by choosing the game card instead of the download).

Searching around, everyone seems to think the BotW game card is the same thing no matter where you buy it. But I didn’t find anyone actually saying “I bought a European game card and it includes Japanese”. This page isn’t clear whether it’s talking about game cards or downloads (though it does point out the language split in Splatoon 2).

For BotW, the UK box apparently does list Japanese: https://www.mobygames.com/game/switch/legend-of-zelda-breath-of-the-wild-limited-edition/cover-art/gameCoverId,384062/

The US box only mentions French and Spanish. I don’t think the Japanese box mentions languages, but I can’t quite read the text on that image: https://www.neogaf.com/threads/first-look-at-the-na-switch-game-case-back-cover-zelda.1345890/

I can’t see anything about the included languages on the Japanese package either. I don’t have any physical Switch games so I don’t know if it’s common for them to include languages or not. The e-shop lists a lot of languages for the Japanese download version, and I’m guessing the physical card will have most of those as well.

For BotW I bought the download version eventually. (With these new consoles having accounts and updates, a game card isn’t as much like buying an object as it used to be.) As expected, the game text language follows the Switch’s user interface language setting.

I bought Zelda BotW and started playing it in English. At first I thought it was hard enough to figure out what to do even playing in English, there’s not much text overall, and the proportion of strange words is going to be high. But after 25 shrines I was bored, and switched into Japanese to spice it up again. I can understand what the NPCs are saying to some extent, and the item names are starting to make sense now (apparently those are more systematic in Japanese than they are in English). It’s fun to experience the game in the original and notice the little things that are really Japanese about it.

Place names on the other hand… In this game, they seem to be the only major use of kanji without furigana. I think these are mostly real words but I don’t know a lot of them. Even when I know the reading as a standalone word, I guess I’d better check whether it has a place name suffix reading like 山 does. Even for that one, how do you know whether it’s さん or ざん?

I’ve been searching without success for a list of these place names as text - can anyone point me to one? Here’s a map (note there are three different sets of strings depending on your zoom level). Edit: here we are I think.